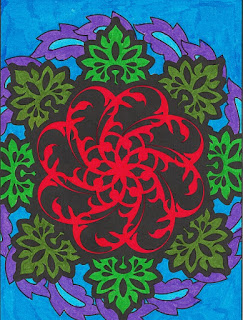 Hey, you. Yes, you, the reader of this post. Do you like romance, romanticism, philosophical conundrums, fantasy worlds, and a good coming-of-age story? Then do I have the book for you!
Allow me to introduce you to An Azure Dream, a tale with all of the above. Put more simply, like it says on the tin,

"As the Kysonian Empire collapses into a state of war and chaos, the young Irene is called upon to serve her lord and lover, Justinian. However, after being captured in battle by his ruthless rival, Subutai, she will have to find the strength within her to endure his interrogations. Caught between her loyalty to Justinian and the struggles of her captivity, her entire worldview is turned on its head when she meets another captive, Peleus. As she's assailed daily by newfound emotions and despair, Irene is forced to examine herself and her deepest beliefs like never before. All the while, a crucial question looms over her:Is Justinian the man she believes him to be?"

Head on over to https://www.amazon.com/Azure-Dream-Robert-Adams/dp/1687588090/, and such a tale of struggle and triumph can be yours!

Posted by Robert Adams at 8:58 AM No comments: